I can’t believe it has been 7 years since I started this business. Because of the pandemic, this past year has been quieter than most but I’m still here (and I’m glad you are too) offering Portuguese classes and sharing pieces of Portugal in Vancouver with you.

When I created Portugal in Vancouver back in 2014,  I had recently obtained my Portuguese citizenship and a newfound interest in my culture. Even though I grew up in a Portuguese family that ate fish on Fridays and regularly attended festas at the Portuguese Parish in East Vancouver, I had always pushed away that part of my identity to the extent that I even refused to learn Portuguese – and yes, I do regret it!  So with my cartão de cidadão in hand, I wanted to get out there and rediscover my people and roots.

But where were these other Portuese-Canadians like me who grew up here? Did others have stories like mine of having a fair-skinned mother who spoke with a thick accent which others thought made her uneducated or of a father with beautiful tanned skin and hair as dark as charcoal that Canadians immediately judged him as lesser for being too dark and swarthy? Were there others who watched their parents be disrespected for their broken English, their skin tone, or their jobs? Who else grew up in this limbo of being not quite white but also not quite ethnic enough? I needed to find these people; I needed these shared experiences; I needed to find where I belong.

So here I was on April 24th, 2014 wondering when I hit publish for the first time on my newly minted Facebook page for Portugal in Vancouver if there were others like me who were looking for a connection to their culture and wanted to celebrate being Portuguese. Was Portugal in Vancouver going to be a flop or will it flourish?

So a very happy 7th anniversary Portugal in Vancouver!  You have given me a newfound love of my culture, country, and its people and for that, I am forever grateful. 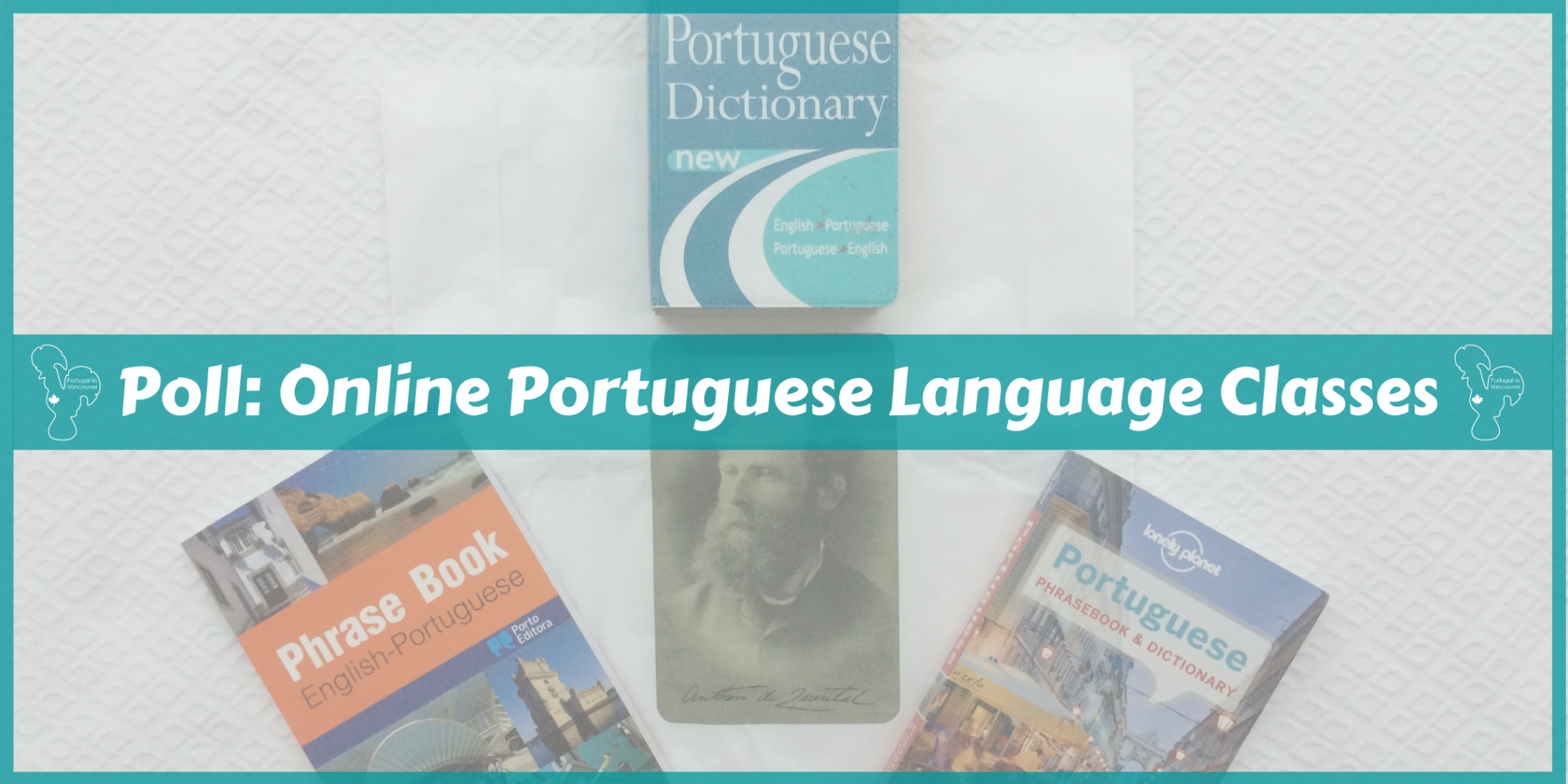 Portugal in Vancouver is conducting a poll to determine if there is substantial interest in an online European Portuguese language class. END_OF_DOCUMENT_TOKEN_TO_BE_REPLACED

DONATIONS
​The Victoria Parish is now set-up to receive on-line donations with Canada Helps. To donate on-line, please go to Our Lady of Fatima Donation.

RE-OPENED WITH RESTRICTIONS
Our Lady of Fatima Parish in Victoria is Reopened – with changes. Only 50 people are allowed on church property at any given time. Please view their video and learn the new procedure for entering the Parish. Watch now: Our Lady Of Fatima Victoria BC COVID-19 END_OF_DOCUMENT_TOKEN_TO_BE_REPLACED

To register for our online European Portuguese language classes for adults, click the link below:

Made my mom lunch for mother’s day. Nothing says

Happy 7th Anniversary! I can't believe it has bee

Today, I made caldo verde (green soup). It’s one

Treated myself today to a rissóis (shrimp pattie)

Picked up from @talonbooks my copy of Elaine Ávil

I received my first dose of the Pfizer vaccine at