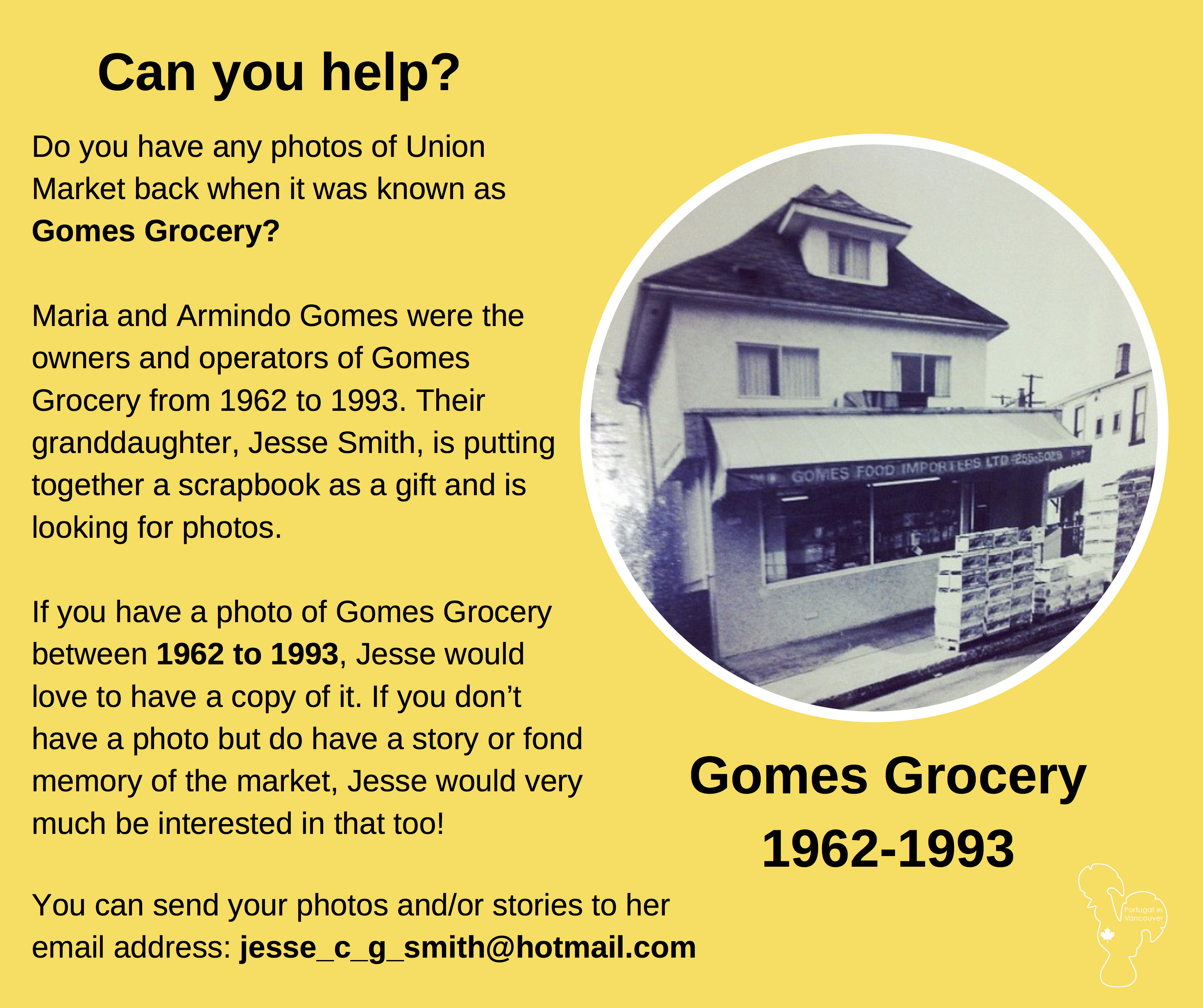 Do you have any photos of Gomes Grocery?

In 1962, Maria and Armindo Gomes started up Gomes Grocery, a Portuguese bakery and grocery store, located at 810 Union Street in Vancouver. It was sold in 1993 and is now known today as Union Market. Maria and Armindo’s grandchild, Jesse Smith, is in search of some old photos of the market when it was still owned and operated by Jesse’s grandparents.

This is where you come in. Jesse is putting together a scrapbook of photos and stories about Gomes Grocery for her grandfather (sadly, Jesse’s grandmother has passed away). If you have a photo of Gomes Grocery/Union Market between 1962 to 1993, Jesse would love to have a copy of it.  If you don’t have a photo but do have a story or fond memory of the market, Jesse would very much be interested in that too! You can send your photos and/or stories to her email address: jesse_c_g_smith@hotmail.com